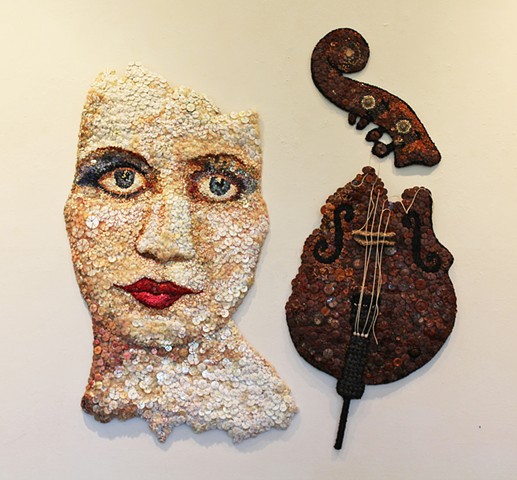 “Terry”, accomplished bassist and band director of an otherwise all-male jazz band during Chicago’s roaring 1920s, was just Great Aunt Thelma to me. I couldn’t be sure of the fascinating tales she croaked in old age of singing atop the piano or leading the "Play" boys on tours around the country... But, there was that trunk of sumptuous costumes she gave me when I was a girl. Now, the internet bears witness to her fame and sound. A lively memory in jazz history writing, photographs and recordings, Thelma "Terry" Combes was way ahead of others in breaking the boundaries of female leadership, but her life lived out as both an inspiration and a tragedy. She encountered so much pressure for sexual roles and disrespect for her musical talent that she fired all of her band members and ran away. She was never able to secure a job in music again.